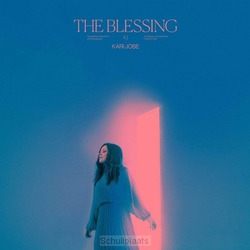 GRAMMY-nominated and multi-Dove Award Winning worship leader Kari Jobe will be releasing her first new album after three years with the release of The Blessing (Live). 'Recording this album live without an audience was something I wrestled with, but I really felt God say to keep moving forward,' shares Kari Jobe. 'I felt like if I waited, I would be disobeying the Lord. I'm trusting that these songs are meant to release hope right now in this uncertain season. When I was working on this new album, I wanted to think about the church - little did I know that I would have to have the 'church' in my heart when I recorded a live album as well.' 'We need Jesus, we need His presence,' Jobe explains. 'Thankfully, His presence goes with us wherever we go. We can access Him anywhere we are. My heart is that people would experience that in every moment of this album. That they would be drawn to the heart of the Father who loves them.'