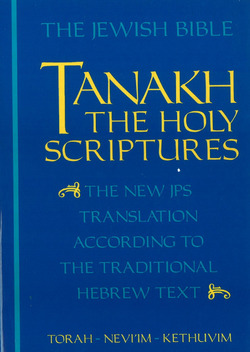 Contains the Torah, Prophets (Nevi'im) and Writings (Kethubim) Font size: 10
Regarded throughout the English-speaking world as the standard English translation of the Holy Scriptures, the "Tanakh" has been acclaimed by scholars, rabbis, lay leaders, Jews, and Christians alike. This translation (1985) represents more than a quarter of a century of intense collaboration between rabbis and scholars from the Orthodox, Conservative, and Reform streams of Judaism working side by side with scholars in the Semitic languages and biblical studies. The translators consulted the most ancient texts and the most modern commentaries in undertaking the awesome responsibility of preparing a text that would become a standard for the community. The Torah, Prophets (Nevi'im), and Writings (Kethuvim) are here in a single volume, incorporating the latest revisions.
Auteur:
THE JEWISH BIBLE
Artikelnr:
9780827603660