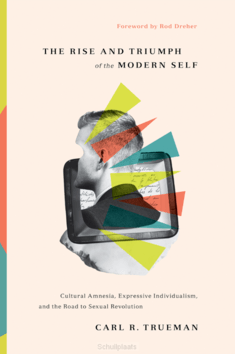 Modern culture is obsessed with identity. Since the landmark Obergefell v. Hodges Supreme Court decision in 2015, sexual identity has dominated both public discourse and cultural trends--yet no historical phenomenon is its own cause. From Augustine to Marx, various views and perspectives have contributed to the modern understanding of the self.

In this timely book, Carl Trueman analyzes the development of the sexual revolution as a symptom--rather than the cause--of the human search for identity. Trueman surveys the past, brings clarity to the present, and gives guidance for the future as Christians navigate the culture in humanity's ever-changing quest for identity.
Carl Trueman traces the historical roots of many hot-button issues such as transgenderism and homosexuality, offering thoughtful biblical analysis as he uncovers the profound impact of the sexual revolution on modern human identity.
Auteur:
TRUEMAN, CARL R.
Pagina's:
432 pagina's
NUR code:
Theologie algemeen (700)
Artikelnr:
9781433556333