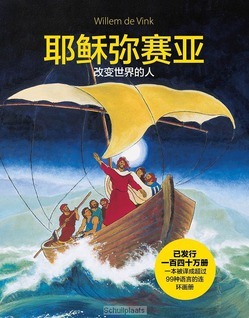 The most told story ever/ Chinese Version
This comic book portrays the life story of Jesus. It is a timeless story drawn in a timeless style that is being read all over the world. This book has been printed in more than 99 languages with a circulation of 1.4 million copies.

The life story of Jesus in the Bible is the most told story of all times. Why is it so special? Jesus said: 'Love your enemies'. He himself lived up to that. He was innocent. Yet, he was sentenced on a cross. But he rose from the dead. He promised the same power to everyone who believes in him. It is the power of the love that conquers even death.